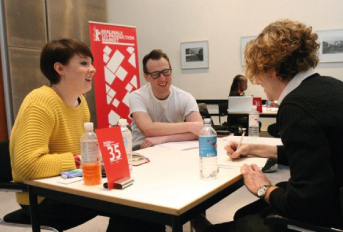 Escape Films launched with the multi-award wining feature film In Our Name and is currently concentrating on producing feature films and television with international appeal. Our most recent productions premiered in competition in Cannes (2019, Critics Week), SXSW (2018) and won and were nominated for and won British Independent Film Awards (2018).

We have a thirst for original stories and innovative ways of telling them. We love the talent we work with and seek to create a nurturing environment in which to develop projects to their maximum creative and commercial potential.  We like working with the same people again and again.

Since 2018, Escape Films has been based in Manchester, UK and works from Beehive Lofts in Ancoats.

As well as developing and producing projects through Escape Films, Michelle is also available to produce and develop for other companies. She is a BAFTA nominated and BIFA winning producer who has experience in developing and producing branded content, short films and feature films. She also recently produced To Know Him as a one-off for TV and is excited about working more in this medium. Over the years she has proven herself at unearthing new talent and knows how to get the best out of the creative teams she works with. Writers and directors like developing projects with her and she’s proud that they come back to work with her again and again. This, combined with a solid knowledge of physical production makes her a strong all-round producer.

Michelle is open to all enquiries for work no matter how unusual the project. Over the years she has produced content that has ranged from online branded documentaries, to huge animated landscapes that were programmed across 32 projectors, to theatrically released feature films. She loves a challenge. 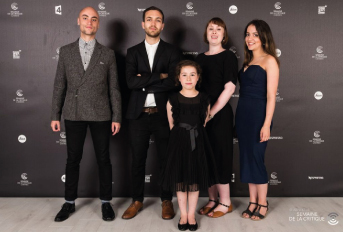